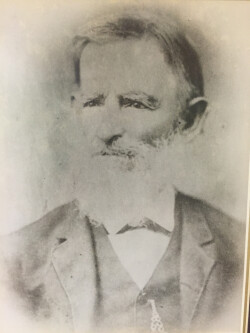 Noah T. Byars, a native of South Carolina, arrived in Washington-on-the-Brazos, Texas, setting up a blacksmith shop in 1836. There, he was a charter member of the first Baptist church organized in the state. It was in his home that the Texas Declaration of Independence was written and, when independence was won, he served as sergeant-at-arms of the Texas Congress. Finally answering a long-recognized call to the ministry, he was ordained in 1841. In 1848, he was commissioned to serve as a missionary for the Texas Baptist Convention, assigned to the Trinity River Association. It was in this position that he assisted creation of the First Baptist Church of Waco, chartered in 1851. He was immediately call to pastor the new church, and he served in that position for two years.