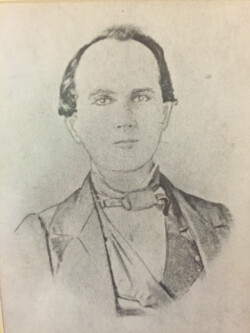 The Rev. Solomon G. O'Bryan was called in 1854 to succeed Rev. Byers. A graduate of Wake Forest, Rev. O'Bryan was pastoring the Baptist church in Independence, Texas, where he was also a professor of mathemathis at Baylor in Independence. Originally conducting a Saturday and Sunday worship service in Waco once each month, he also served as a circuit preacher for nearby communities. Soon, however, Rev. O'Bryan and the 30 members of the Waco congregation resolved to raise the funds and construct a brick building, allowing them to meet weekly. He served the Waco congregation until December, 1859.